Once upon a time, there was this guy called Sting.
He’s named Sting (by me) just because he’s the most stingy person I’d ever met.

Being stingy is not a bad thing, but being too stingy brings up some problems.
He works at a VERY FAMOUS company in the world as a System Engineer.
We met at the matching party.
We exchanged numbers and started to email each other.

He is from Kanto, so his accent is different, but on the email, he uses our Osaka accent.
That’s one of the reason I felt comfortable when I am emailing with him.
We had a few dates.
At the end of the first date, he held my hand.

It’d been a long while for my hand to be held, so I got embarrassed pretty quickly.
Meanwhile I could feel that I am falling for him.
How easy bit*h I was LOL.

Anyways, for the 3rd date, we went to the manga café.
At that manga café, there were some rooms which were more like real room, so private (
We were talking for a while, and he tried to kiss me.

“I only kiss with my boyfriend”, I murmured, then he said, “Let’s start dating”.
That was how I started dating with Sting.

The time when we started dating was just 2 weeks before Christmas.
We made plans for Christ mas Eve.
So excited!!

We went to NABANA NO SATO which is very very famous illumination spot in Kansai area.
It takes about 2 – 3 hours to get there by a car.

He drove to NABANA.
We enjoyed walking around the illumination area.
That was soooo beautiful. 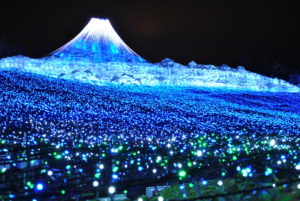 In the next early morning, I set some presents in our room before he woke up.
I put a present box on the table, and put some cookies which made words by putting them together in order.

He was happy to have those presents.

Since we’d just started our relationship, he didn’t prepare me any gifts.

We enjoyed hanging around in Suzuka Circuit, where you can try a lot of vehicles, (especially fo kids though)

When we arrived at the rent-a-car shop, we calculated how much we owe each other.

I paid him about 300 bucks for this travel. 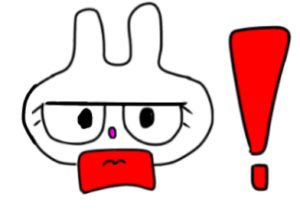 A:This is actually  hilarious. Well, there is this guy who used to work as a cook.

②It’s been a long while

It’s been a long time 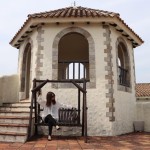